Each list you create is added to the main Lookup lists library: Because the lookup lists are centrally managed, any list can be easily updated and changed without requiring manually updating multiple dashboards, saved searches, security rules, and so on.

To view and create lookup lists, from the Cloud SIEM menu, go to More Options > Lookups.

A Static lookup list is created by adding individual values or uploading a CSV file with the different fields and values you want to track. While you can update the list, it has to be done manually and maintained by you.

a Dynamic lookup list uses a query as its source of data. The query’s results fill the list with the different fields and values, updating and maintaining it independently.

Learn more about the two lookup lists and how to use them:

Filter by lookup lists in Kibana

You can filter by lookup lists in Kibana dashboards, security rules, and searches.

For example, go to the SIEM Kibana page or open a Dashboard. Click Add a filter to show the filter dialog box.

Add a lookup list filter to a security rule

If you want to use your lookup lists as a reference when creating security rules, navigate to the Create a rule page, and select Add a filter.

Select the field you want to filter by, and select whether it’s included or excluded from a lookup. 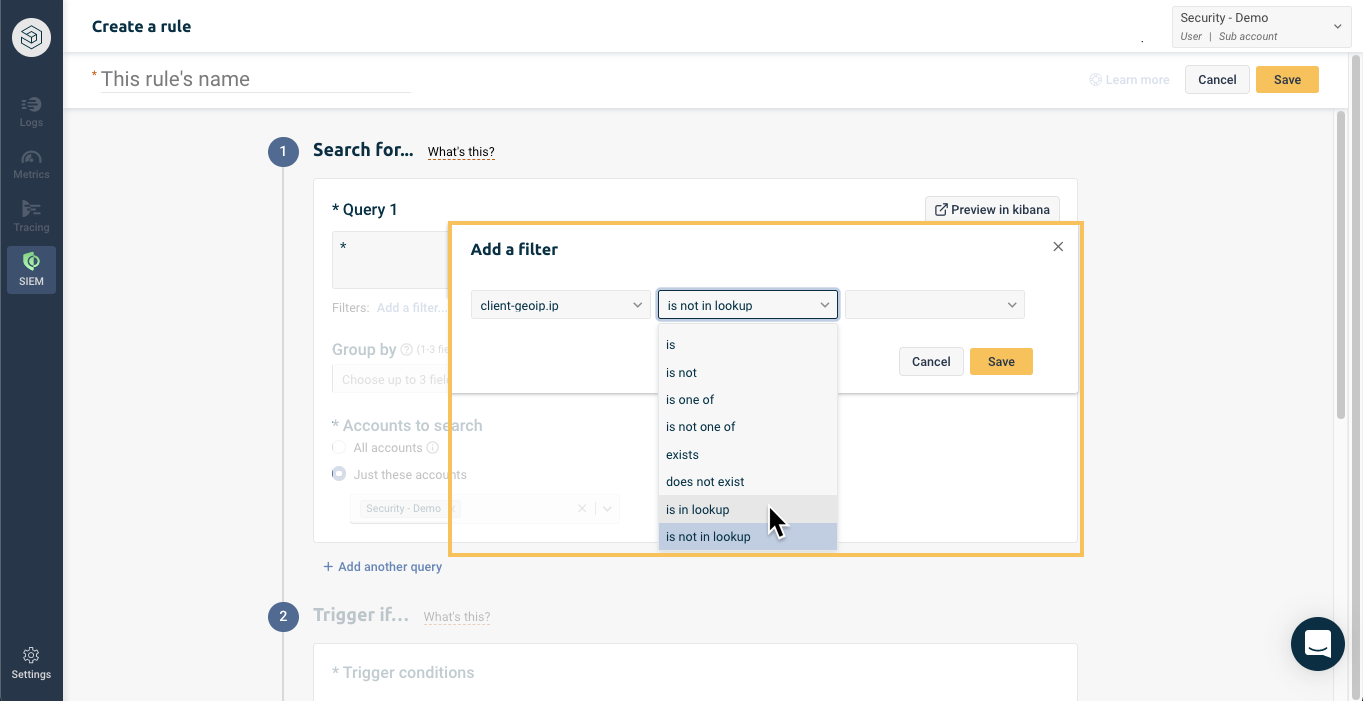 Save your filter, and continue editing the rule.

To delete a lookup, hover over the item and click delete to delete it. You’ll be asked to confirm the deletion.

Contribute to the docs
Edit this page
Report an issue